A fundamental solution to reducing carbon emissions in the U.S. and decarbonizing the energy grid is through solar panels. But these efforts to switch to an American solar energy future are possibly in jeopardy because of a series of issues including possible tariffs, labor, and supply shortages, which have plagued the U.S.

It is valuable to understand the issues related to the solar panel supply chain in the U.S. and solutions to these problems, as your solar panel project may take longer or cost more than you had expected.

THE START OF SOLAR PANELS IN THE U.S.

First created in the United States in the 1950s, photovoltaic (PV) solar panels harness energy from the sun and are a key tool in the climate crisis fight. The solar panel we see on our homes and businesses was invented in the United States. The first functional solar cell was announced to the world in ​1954 from New Jersey, as Bell Laboratory scientists successfully converted sunlight to electricity, powering a toy Ferris wheel and a radio transmitter. Since then, solar technology’s capacity of power has only grown, sunlight can now power apartment buildings, vehicles, and even the White House. Similarly, solar technology’s cost has decreased by about 10% each year since 1980. Increased efficiency and cheaper costs are responsible for solar technology’s prolific use in the United States today. For a while, the U.S. was a production and manufacturing leader, meeting this demand. While the U.S. had a good start with implementing solar, its production shifted elsewhere.

As solar cell technology spread and costs of production decreased, the United States’ dominance in solar panel production moved overseas. In 2001 the U.S. produced 22% of the world’s solar panels, and as of 2021, this figure was only one percent. China is now the leading producer supplying approximately 80% of the world’s solar panels. Through a fully vertically integrated supply chain, low labor costs, and large government investments and incentives, China has emerged as the hegemon in global solar production. Some argue they have achieved this through forced labor in Xinjiang, where China is accused of human rights abuses by the United Nations. Regardless, The People’s Republic is the undisputed leader in solar panel production, from start to finish.

As of June 2022, about 80% of the solar panels in the United States are provided by four countries (Thailand, Cambodia, Malaysia, and Vietnam), mainly by Chinese-owned companies.

This dependency leaves the U.S. subject to supply chain issues caused by geopolitical events like war, supply chain disruptions, or changes to tariffs or levies. In April 2022, the latter was seen to be problematic after a U.S. solar panel company called for an investigation into imports from the countries mentioned above, to determine if they were using components that should be subject to strict U.S. tariffs. This probe led to an investigation by the U.S. Commerce Department, with the risk of steep retroactive tariffs if the concerned solar panel company was correct. Solar panel installers halted many projects around the U.S., as many feared the retroactive tariffs. The Solar Energy Industries Association (SEIA) projected that imposing the tariffs would decrease solar installations by 46% over 2022 and 2023, potentially hurting 100,000 U.S. jobs.

On June 6th, 2022, the Biden administration announced that solar panels from the four countries are permitted to import to the U.S. for the next two years as the investigation continues. In the meantime, the solar panel industry can continue projects without fears of expensive retroactive tariffs. However, this episode painfully exposes the weakness of the U.S. tariffs toward China and how solar panel dependency leaves the U.S. vulnerable.

DOMESTIC PRODUCTION IS A SOLUTION

To protect against future shortages or market volatility, increased domestic manufacturing is needed. This is what expert policy analysts advocate for and what the federal government sees as a priority. With less reliance on foreign-made solar panels, or at least a more diversified pool the U.S. can be more protected from shortages or other supply chain issues. Increased domestic manufacturing will help in “...creating jobs, spurring economic development, promoting U.S. leadership in advanced technologies and innovation, and ensuring an ethical and sustainable solar supply chain,” according to the SEIA. Solar energy is a large part of the Biden Administration’s climate agenda and increasing production in the U.S. will help the administration reach these goals. "If you're going to maintain a reliable trajectory towards decarbonization over time, you probably shouldn't have all of your product coming out of your main geostrategic competitor,” argues Joseph Osha, Senior Research Analyst at Guggenheim Securities. While bringing solar jobs back into the U.S. may seem far off, some steps can be taken to create more energy and solar independence. 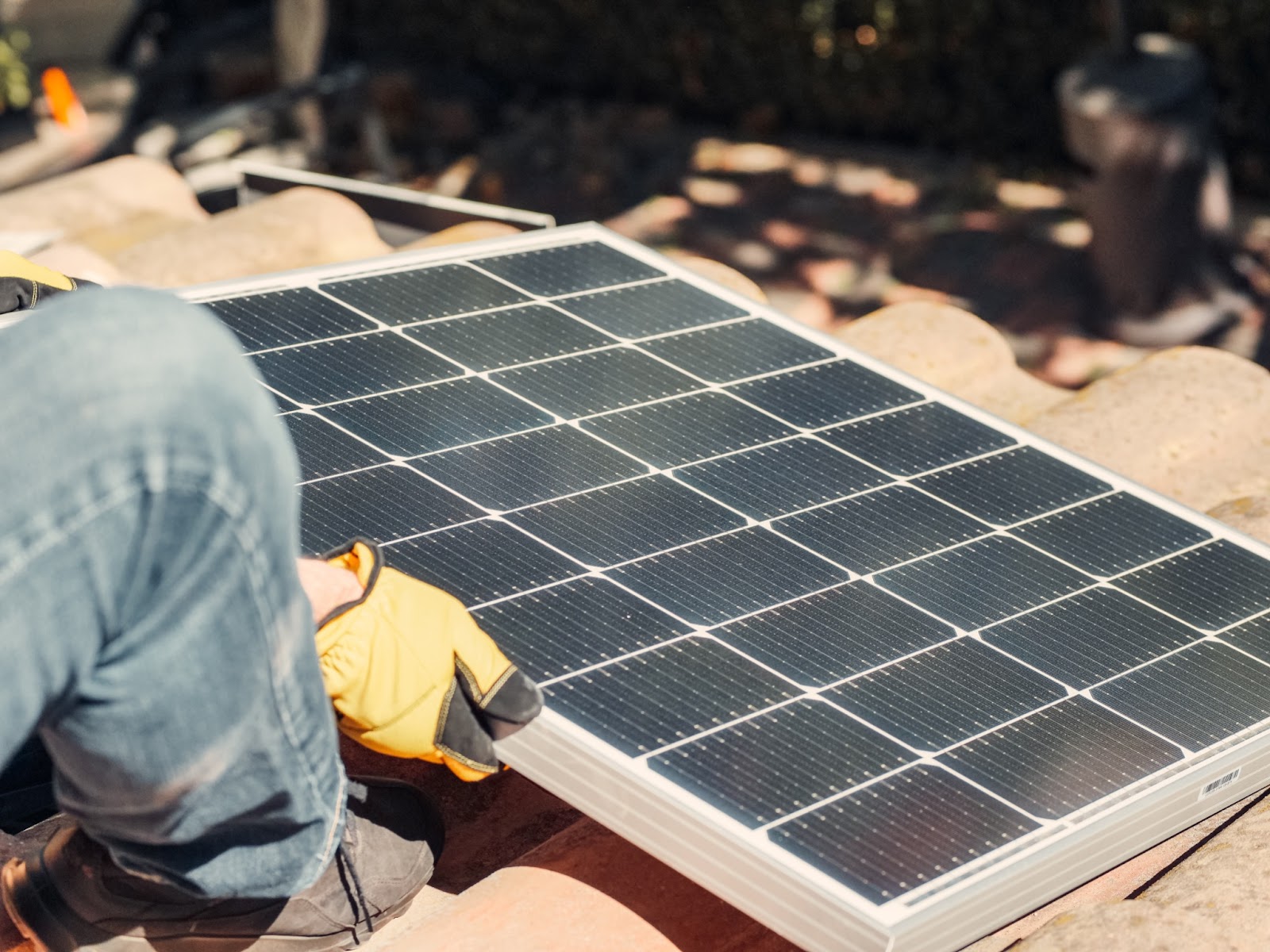 HOW CAN THE U.S. REGAIN SOLAR PRODUCTION DOMINANCE?

A stable and robust solar panel industry in the U.S. will require significant investment and incentives from the government. Analysts call for wide-ranging and coordinated government action with better incentives, stricter trade laws, and more domestic incentives such as the Solar Energy Manufacturing for America Act introduced in the US Senate in June 2021. This Act could provide, if enacted, tax credits on every part of the solar panel supply chain. Another Act is the American Jobs in Energy Manufacturing Act, which encourages clean energy jobs in rural areas where traditional energy sector jobs are in decline. Tax credits for commercial solar photovoltaics are examples of policies that will help domestic production flourish. Additionally, policy analysts advocate for funding for new solar technology, including thin-film solar (pieces of semiconductors up to 20 times thinner than normal solar panels put on glass, metal, or plastic), concentrating solar power (where mirrors are used to reflect and focus light onto a receiver), and perovskite solar cells (cells made from halide perovskites material which are cheap to produce). These technologies still provide solar energy yet have different modes of production and are opportunities for the U.S. to manage entire supply chains with a competitive edge.

Increased domestic production of solar panels will mitigate energy dependency and the United States’ vulnerability to geopolitical events or unforeseen circumstances. However, given that the U.S. is far behind in its production to achieve this, it will take time to bring these jobs and production back within U.S. borders. As the U.S. works toward boosting domestic solar panel production, solar projects and implementation must be continued to reach climate goals and meet growing demand even if it is primarily supplied by foreign products for the time being. While tariffs are needed to protect U.S. businesses from cheap “dumping” from China and other foreign countries, the U.S. requires a coordinated government response to transition solar panel production back to the United States in order for it to achieve its own climate change goals, create stability in solar panel production and to meet the growing demand.