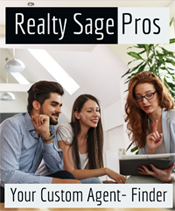 THE HISTORY OF THE FLAG HOUSE

According to Snopes, "The American flag house pictured above is located in Cambridge, Maryland, and its owner, Branden Spear, gave it that distinctive paint job after being angered that his restored Victorian property was declared by building inspectors to be non-compliant with historical code:


Homeowners who choose to paint their houses with non-traditional colors risk running afoul of their neighbors and local politicians, but owner and contractor Branden Spear never set out to paint his restored Victorian properties with colors that were out of the norm. But when local building inspectors told him that the windows he chose to restore the home weren't up to historical code, he got angry. "It would have cost one-third of the restoration budget just to install those windows," says Spear. Then he realized the building code said nothing about what colors the old Victorians should be painted. So as a show of his anger, and as a protest against what he says are unfair regulations, he painted one home all black, and the adjacent home with an American flag theme. They've become something of a tourist attraction since, and even though Spear is still at odds with local government officials, he has proven one point — that paint and color can also be used as protest."

Check out eco and smart homes on www.RealtySage.com